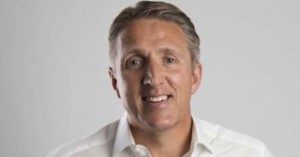 Over the course of the 2021/22 season, Paul Hawksbee, one of our brilliant Patrons, has been participating in a score prediction competition for the Premier League, where correct scores would earn a charity of his choice some hard-earned funds.

Paul was able to win over £200 for the charity with his predictions throughout the season and arguably the easiest part of the competition was choosing to support us as his chosen charity.

“Being a Patron of Sporting Memories, it didn’t take a great deal of thinking time to say that would be the charity I raised money for through the challenge. The only issue being I wished I would have been able to raise more money!

“It’s actually quite hard (the competition) because you start off by making quite bold predictions to try and win as much money as you can for the charity but then you realise long odds are usually long odds for a reason – so it becomes more of a challenge. I’m glad I was able to raise some funds for the charity in the end.”

Paul has been a patron for us for many years, having mentioned us on TalkSPORT numerous times and raising important awareness and recognition for our clubs and the work we do across England, Scotland and Wales. For Paul, our work supporting older people living with dementia and facing other challenges is something he wholeheartedly supports.

“I remember the first time I encountered Sporting Memories was when I reading a piece in the Telegraph which featured the Co-Founder Tony and Chris, and I just kind of got what the charity was all about straight away.

“My mother-in-law lived with dementia and although it was difficult, I could see how recollecting memories of positive times brought her back as such in these lucid moments. So I can completely see how sport can also work like that and I think the charity is a wonderful concept, especially the way it supports people not just with dementia, but those older people who may be isolated, depressed or just need a bit of support getting out the house.”

A huge thank you to Paul for his fundraising efforts last season! To find out more about our Patrons and Ambassadors, click here.