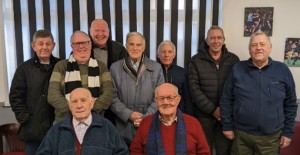 This week we are shining a spotlight on our network across Wales as past of our ‘Croeso Week’ and the important work the clubs across the country do to support older people.

Our work in Wales is possible through support from the first phase of the Healthy and Active Fund, a £5.4m Fund run in partnership by the Welsh Government, Sport Wales and Public Health Wales.

We work closely with Glamorgan Cricket and across South East Wales to run a number of successful clubs that have welcomed in older people from local communities for over the past two years.

We caught up with Sadie Lewis, who is the co-ordinator for our clubs in Pontypridd Rugby Club and Rogerstone Cricket Club, and she began explaining her involvement since last 2021.

“I’ve been involved with two Sporting Memories clubs over the past six months, but they’ve been running before I arrived and I was fortunate enough that they were all in place and running for a while when I started.

“The first thing that struck me was the community sense within the clubs – so for example, the clubs normally go for a walk as a group and no one is left on their own, and everyone is always making sure that each other is ok and happy to continue walking – that left me with a warm and fuzzy feeling to see that spirit amongst the groups.

“I think another factor is the importance of keeping these clubs going now and into the long-term future. It’s such a good project and I’ve noticed in the past six months how these clubs impact the collective and the individuals probably more than they realise. I’ve seen people come out of their shells and chatting away and reminiscing about times gone by, that crystalise in my mind how do I ensure these clubs continue on.” 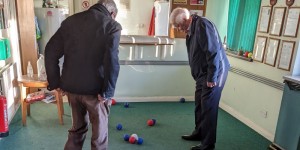 Sadie believes that providing an outlet for older people away from their usual activity is what makes Sporting Memories such an important project to continue into the future.

“I think with everything that has gone on, the thing I hear from the members most often is that it’s just nice to get out (of home) and also changing up their normal routine at home, whether it’s watching TV or just popping down to the cornershop to get a paper, whatever their norm may be. I think they see the club as their ‘beacon’ – it’s something different for them to look forward to and it’s a social event for them all.”

“There’s room for clubs in every community as far as I’m concerned – If you’ve got volunteers and a space for people to come to that’s realistically all you need to start a club. The brilliance of the Sporting Memories concept is that it is so basic but it makes such a difference to the lives of older people.

“It also gives them the positivity and belief back in themselves to have a go at something new, and it also brings them back to their younger days when they had that belief they could do those things – which I think is really important.”

If you would like to find out more about our clubs across Wales, get in touch with Rob Baker, our Project Coordinator for the Healthy and Active Fund (HAF), here.